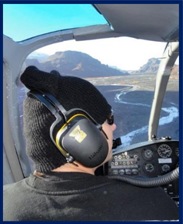 Ryan Nicholas Warriner was born in Springfield, Oregon on March 16, 1995. He died in his sleep at his home in Denver, Colorado from cardio-pulmonary failure on July 27, 2022. He is survived by his parents Mel and Terri Warriner of Denver, his grandmother Sharilyn Spotts of Portland, OR, uncles and aunts Ted and Joanie Warriner of Fox Island, WA, Norma Warriner of Springfield, OR, Matt and Charleen Warriner of Loveland, CO, David and Trina Spotts of Danville, CA, Dan and Merry Spotts of Gresham, OR Holly Spotts of Irvine, CA and 36 cousins living in Alaska, California, Colorado, Montana, Oregon and Washington. Ryan would insist that we include his dog Akuna and his cat Marley as well.

Ryan attended public and private schools in Eugene and Portland, Oregon and Aurora, Colorado. He graduated high school in 2013 in Colorado and went to work immediately in customer sales and service. He was ambitious but had little interest in academics or abstraction without application. He was a tireless and dependable employee. He was a persuasive sales and attentive service associate but with creative instincts and natural mechanical ability. He learned to blow glass, construct a vape, repair any cell phone, modify an engine as a function of his own interests or in service to others. He worked in insurance, food service and retail management. By his mid-twenties it was apparent that he was a hard-wired entrepreneur. At the time of his death, he was pursuing parallel tracks as a small business owner in consumer services and functional art.

Ryan was an exercise in motion from biking to climbing to swimming to skateboarding. He loved speed whether in the material world in a car or on a motorcycle or side saddle in a helicopter or in the virtual world as a gamer. He was a social animal who developed enduring relationships and fiercely loyal friendships among an ever-expanding universe of people. He was great with kids and loved animals, He was a go-to guy among his friends; someone you could count on to help at any time of day or night.

Ryan was enigmatic and could be a contradiction in profiling: affable but confrontive, courageous but hyper vigilant, persuasive but empathetic, funny but pensive, methodical while spontaneous, predictable but outrageous. You never knew if he was going to withdraw in the middle of discourse or startle you awake with his outrageous candor. He was a protective son and stand-up friend. Distrustful of dogma and institutions, he would challenge any assumption. Miles away from light pollution, he looked up over Iceland’s starry night and bantered with his dad one evening. He wanted to know what he did not know. He liked to debate, to think. Still, it was his heart that truly propelled him and endeared him to others.

Our hearts are broken, but our memories of him are candy for the soul. We will heal and meet again. He is being returned to the earth. A celebration of life is being planned for the fall by his ensemble of bros.

Donate if you will to The Dumb Friends League, Quebec location, Denver, CO. Their site allows you to donate in his name.

Here is the link: http://www.ddfl.org/donate