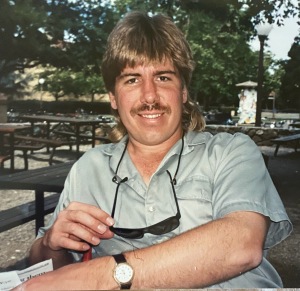 Dick graduated from the University of Denver in 1975. He then went on to work in a series of law offices. Dick was an avid reader on topics from religious studies, politics, and history to science fiction, and classic novels. Dick was an avid writer, loved to hike, eat from a variety of cuisines (ranging from chips and salsa to dim sum—two favorites), drink margaritas and engage in long conversations. He spent time working in the San Francisco Bay Area and then entered the religious studies program at the University of California in Santa Barbara where he completed his master's degree.  In the mid-1990s, Dick came back to Colorado working with Cindy Birley at Kutak Rock and Davis Graham & Stubbs LLP. While in Colorado, Dick enjoyed going to the mountains as well as taking advantage of the Denver Downtown bars and restaurants. Some of his favorites were The Imperial, Racines, and Paris on the Platte.

His mother always said he had a big heart; one that will be missed.

Service to be live streamed at https://bxcited.com/richardmerkeljr/

Your browser does not support this video format. You should be able to view it in Chrome, Safari or Internet Explorer.